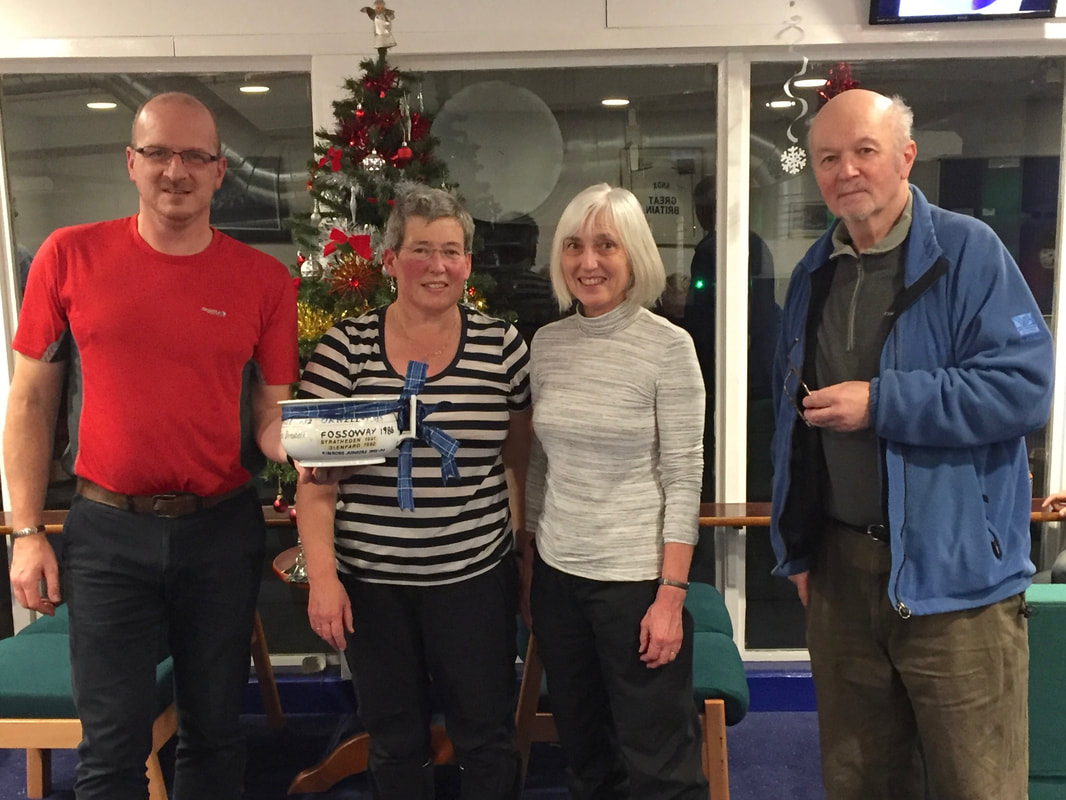 Next 4 photos: New Year Walk 2017 to Hermitage at Dunkeld​ 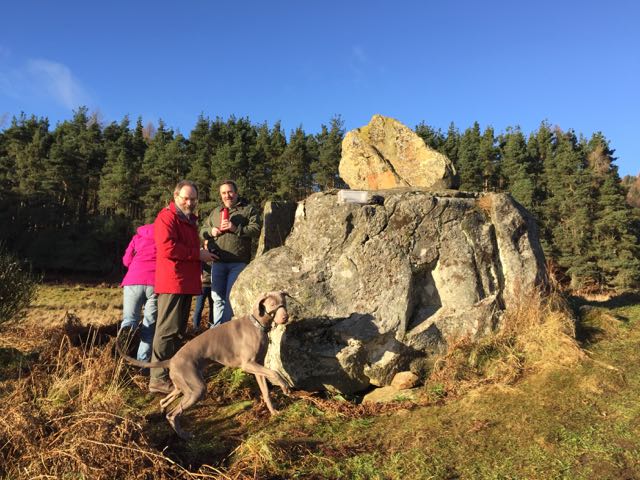 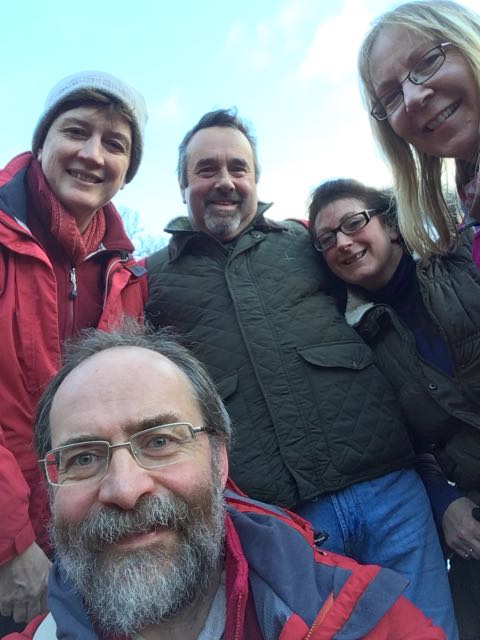 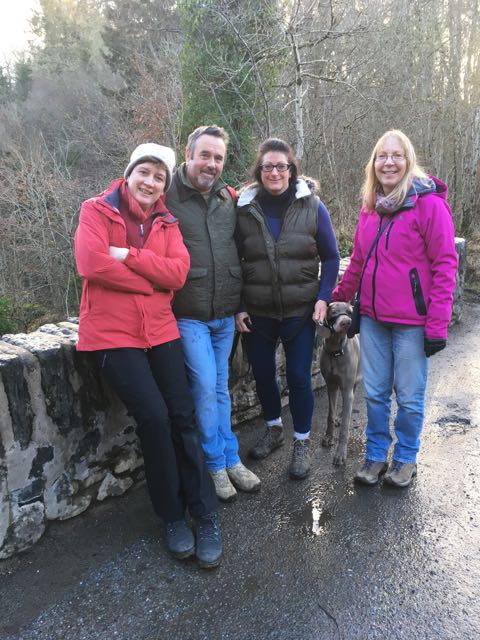 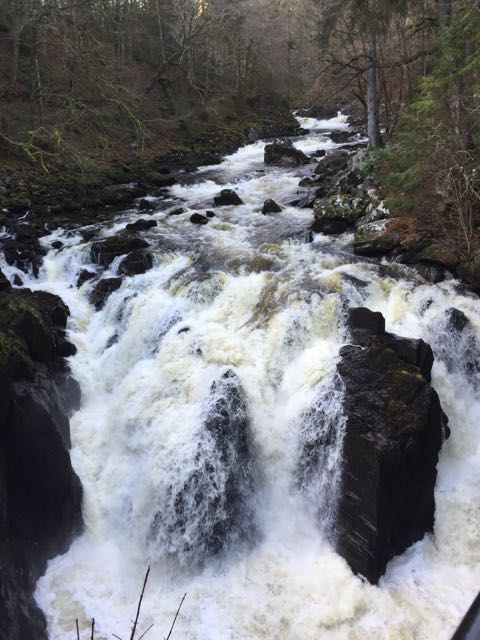 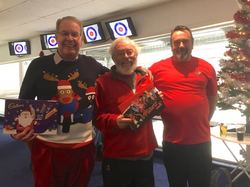 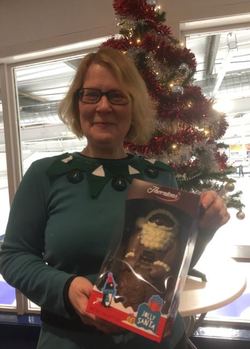 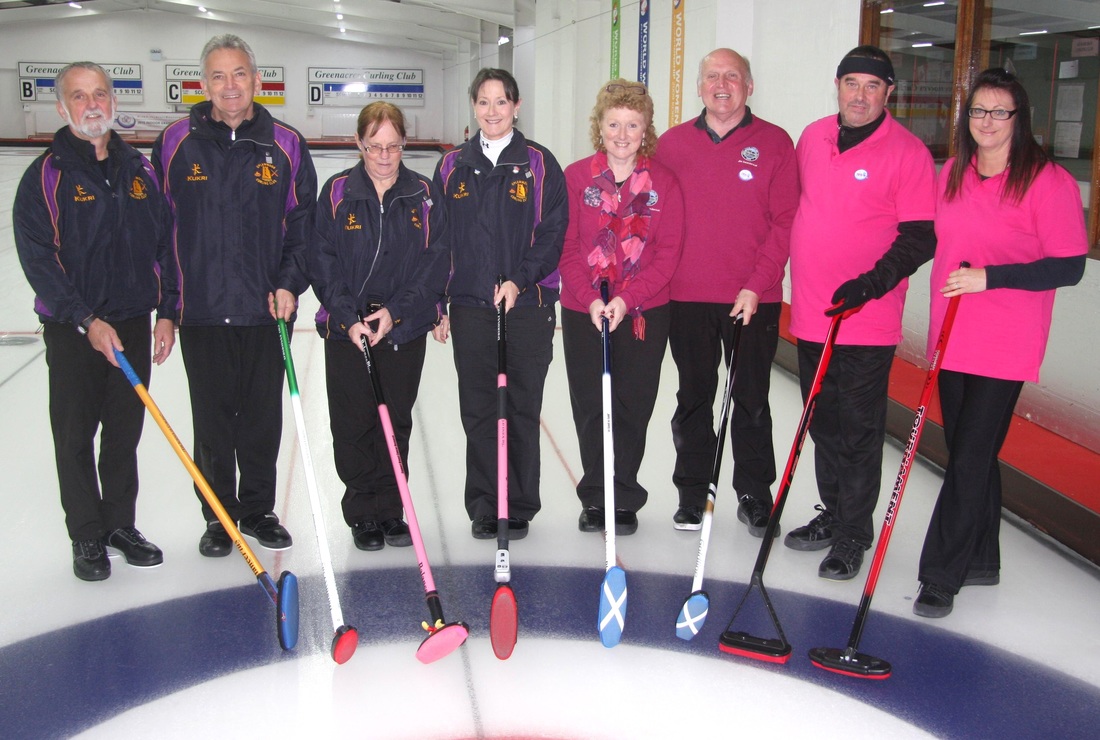 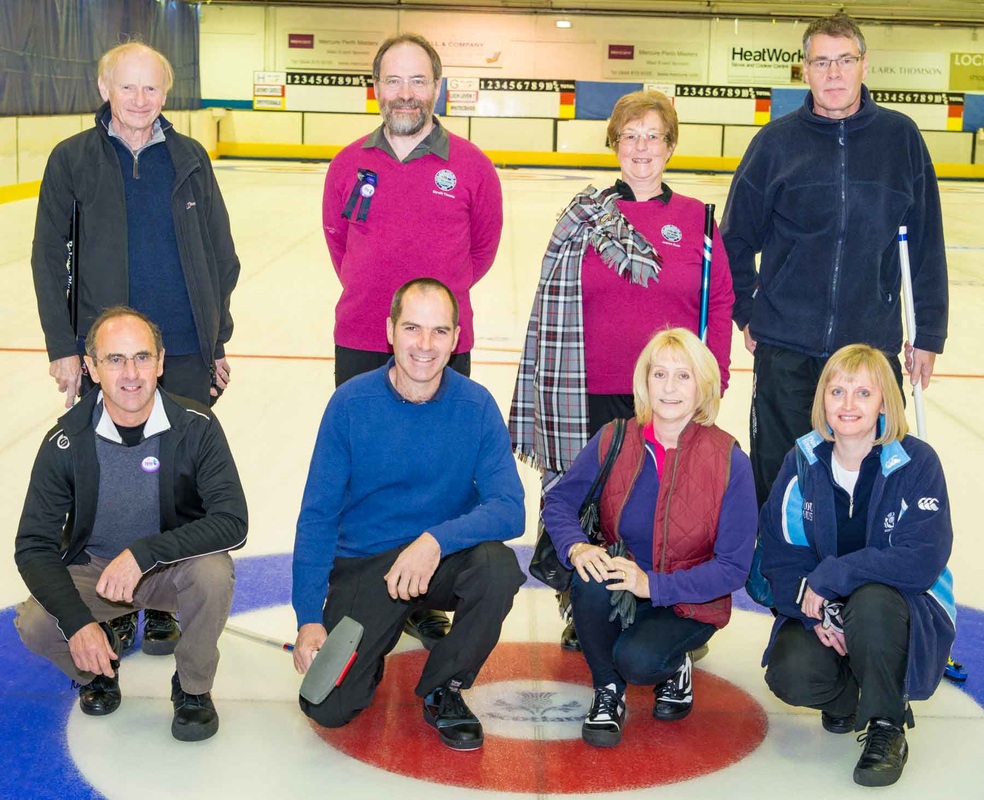 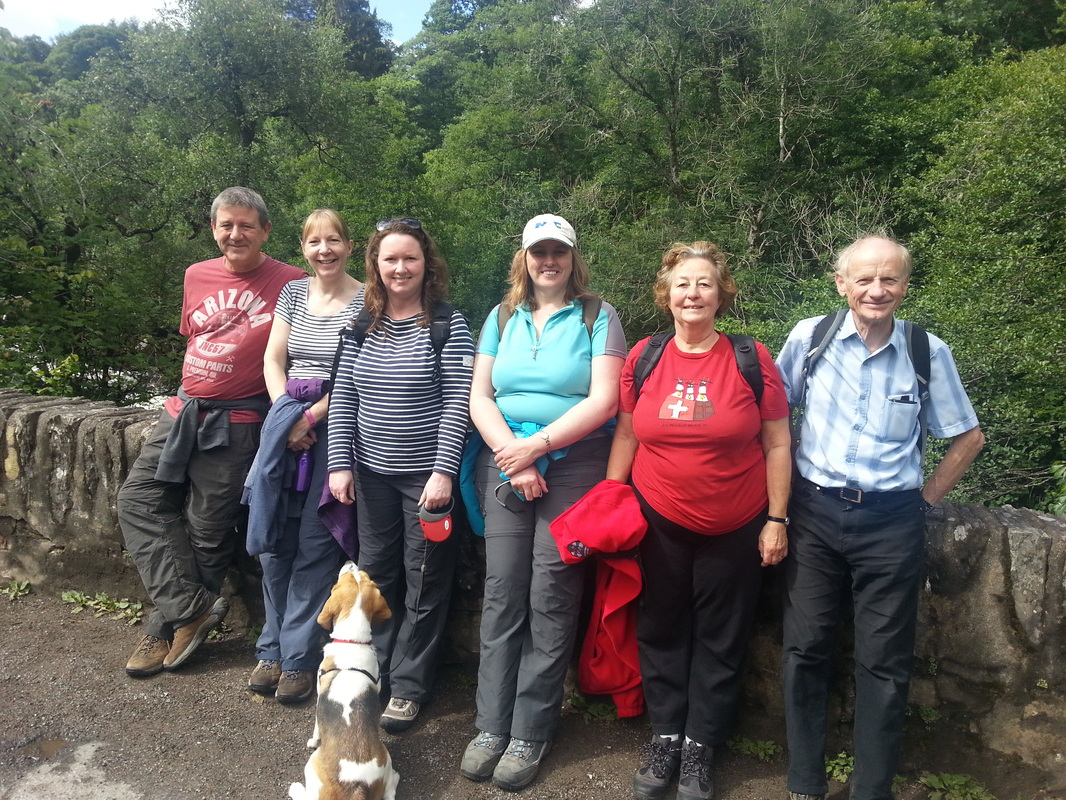 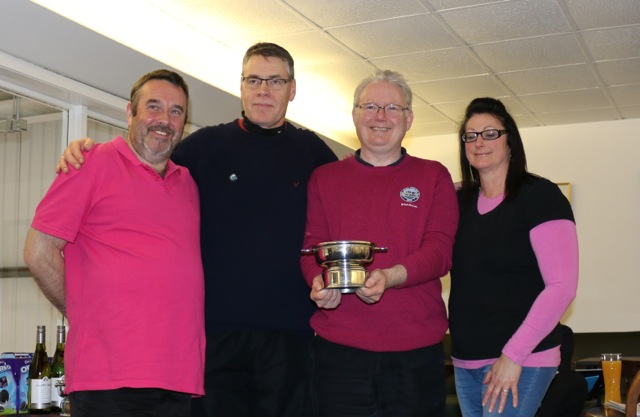 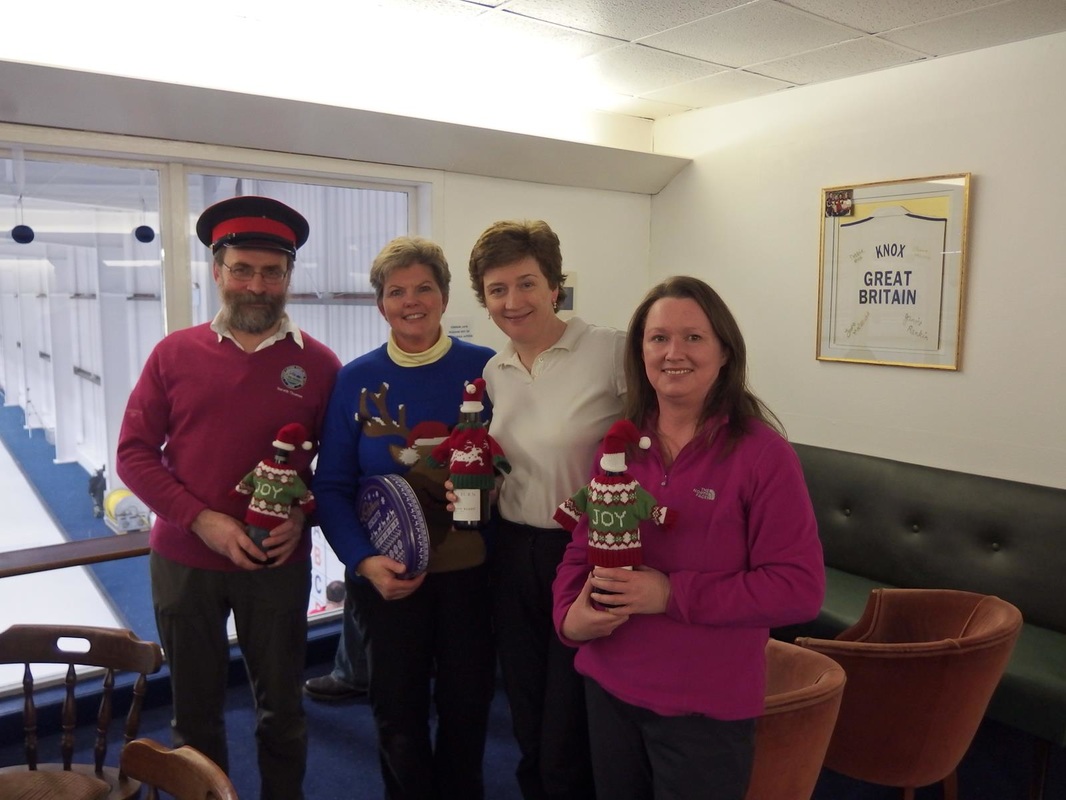 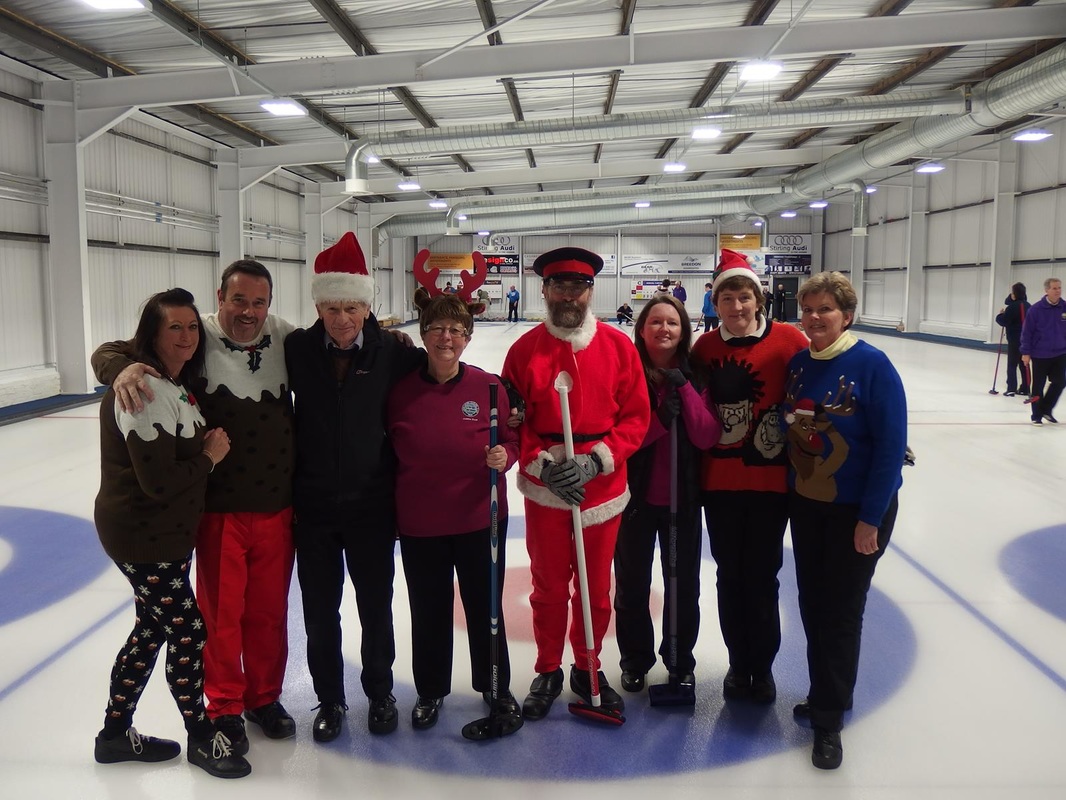 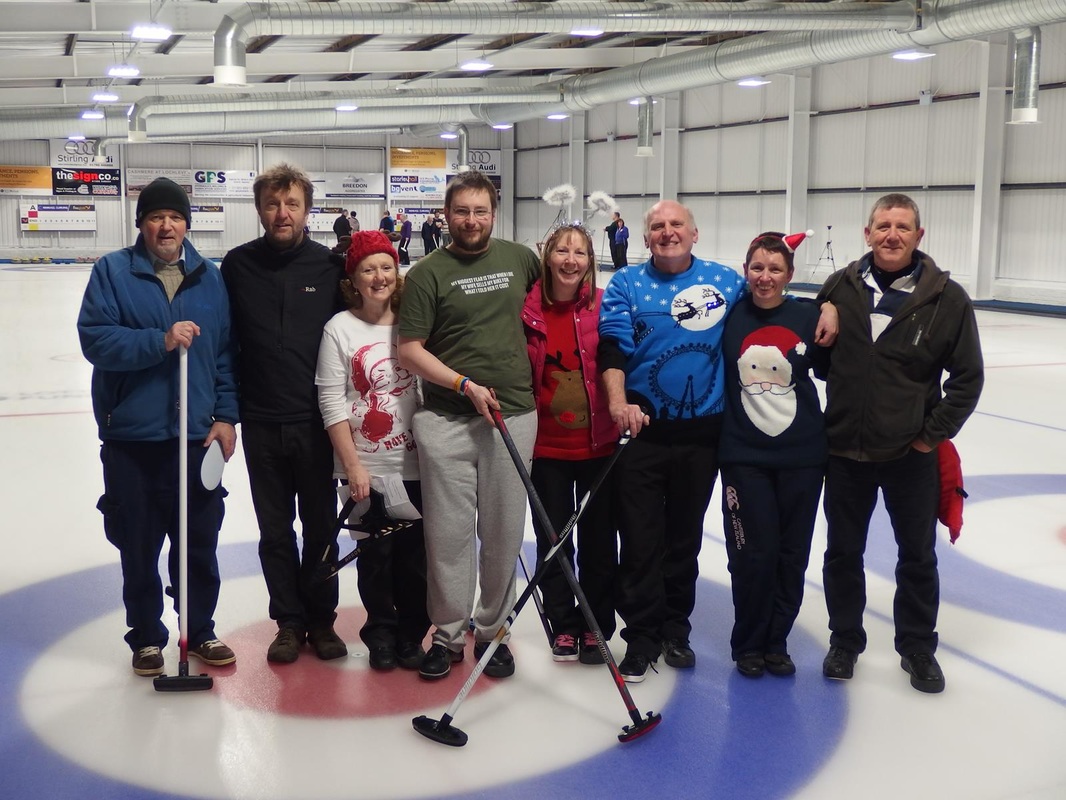 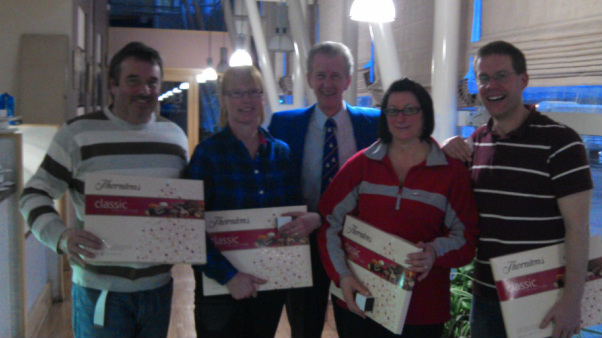 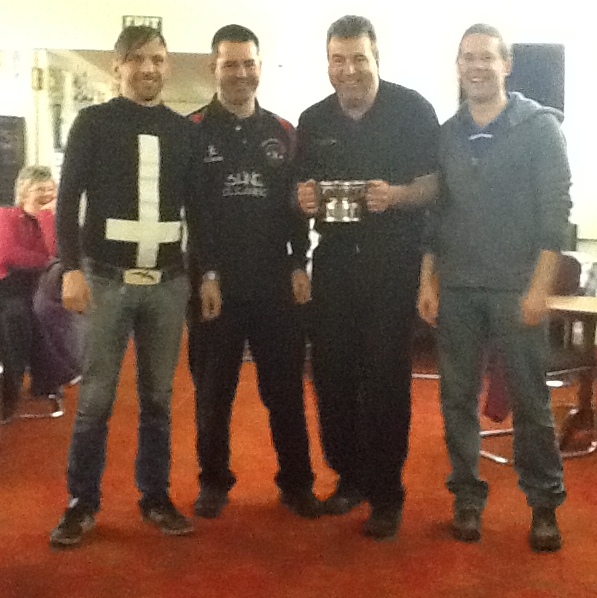 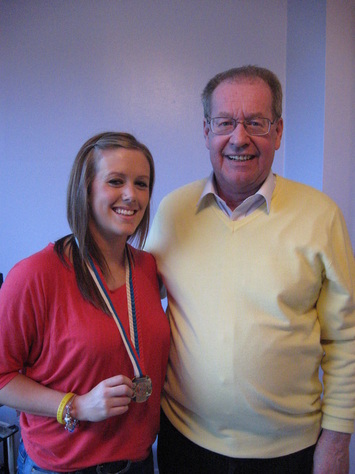 Andrew and Irene McLellan hosted a celebration of Kay's achievement in winning a gold at the European Champiopnships on 21/01/12. Andrew hopes to have his very own gold medal one day............. 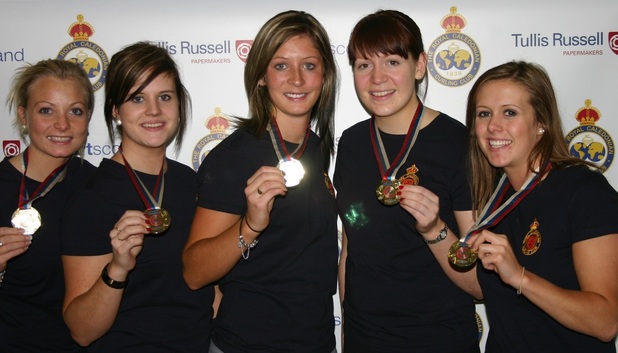 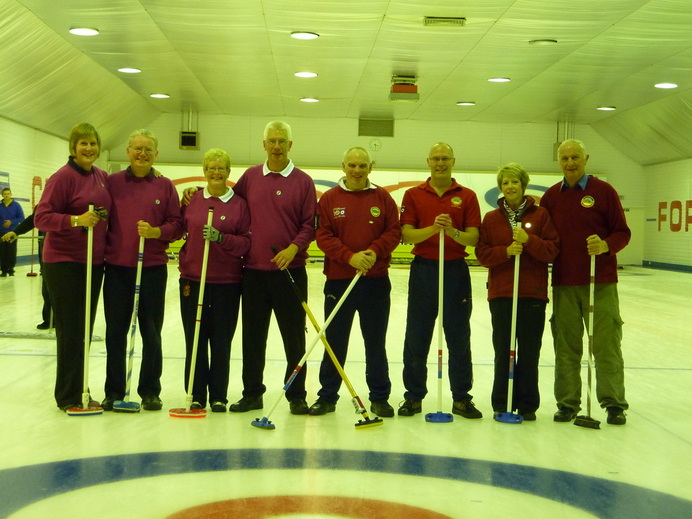 Indoor Grand Match, Forfar 23/10/2010
On the 23rd October we had the pleasure of meeting Pitkerro at Forfar Ice Rink to represent Loch Leven in the Indoor Grand Match.  Our opposition had one of those 'nearly' games and Loch Leven won by a handsome 12 shots to 1 after eight ends.  In fact, Loch Leven were the highest up team at Forfar on the day.  Alas, not a big enough win to take the overall IGM title but a creditable performance all the same.  In the picture left to right are:
Eli, Brian, Alison, Alastair and for Pitkerro, Neil Leslie, David Troup, Shirley Leslie and Ian Reid.  Our thanks go to Pitkerro for being very sporting and friendly opponents. 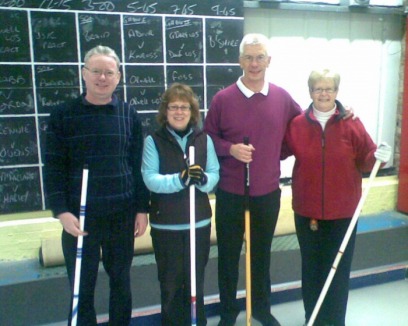 Thanks to Robin Park of Boreland for taking the pic.  The result?  We came second.........

The proof is on the blackboard, bottom right! 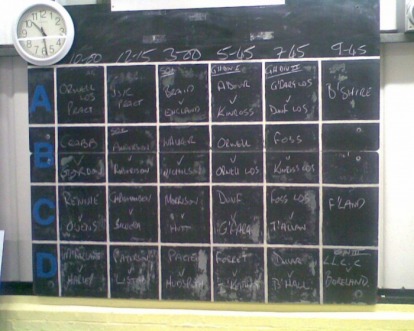